This hilly woodlands site outside Pittsburgh, Pennsylvania, was chosen for its seclusion, natural beauty, and prominent views of a winding vale and nature reserve. Envisioned as a place of nature, of progression, and of intimate spaces, this wonderful residence creates a sense of discovery as one moves between rooms; of compression and expansion as one passes through massive stone walls into lofty, yet comfortable rooms; and of connection with nature.

Field-dressed and loosely coursed stone, hand hewn cherry wood floors, raw western red cedar beams and roof deck, elemental copper wall panels and fixtures, and oversized cleft slate tiles were all chosen for their rich natural textures and propensity to demonstrably age and become worn over time. Composed in a contemporary and clean style, the simultaneous density and levity evoke the forms and impressions experienced by the client and architect during shared trips to the local and world famous residences of Kentuck Knob and Fallingwater.

The concept of water as an agent of change and fluidity is expressed in the building through fountains, pools and streams that mutate and disarrange the established order of walls. Light, as in a forest, is allowed to filter through clerestories and canopies before settling into the space as a welcome guest. The ability of nature, over time, to mutate the world is critical to the character of this building, which itself will darken, stain, and become mossy as it ages and is slowly absorbed into its landscape.

The copper standing seam roof extends from the hillside at varying levels like sheets of rock jutting from the landscape. Its angular profile is balanced by the expanse of the roof and rhythm of thin shadow lines created by beautifully crafted standing seams, installed by Miller Thomas Gyekis. Overly copper wall panels slip between the roof, perched above the supporting stone structure, complimenting the cascading nature of the design. 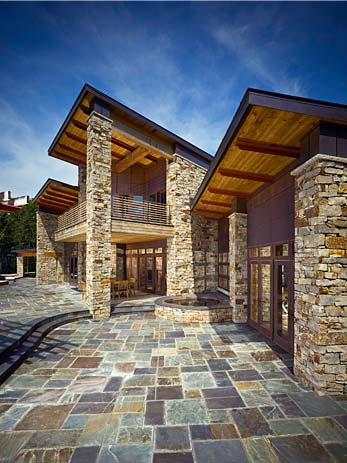 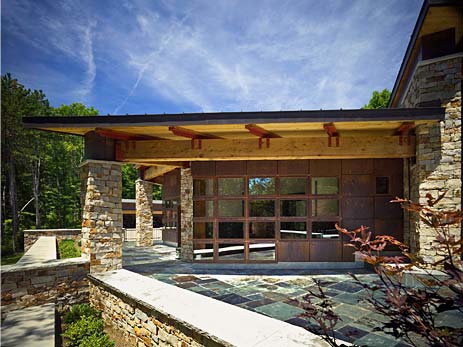 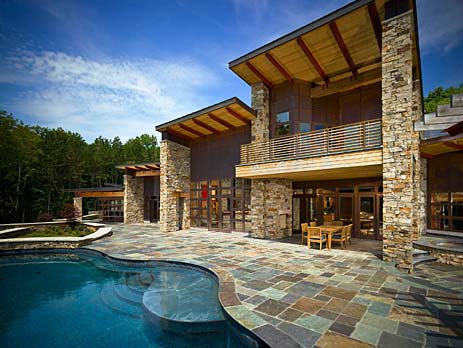 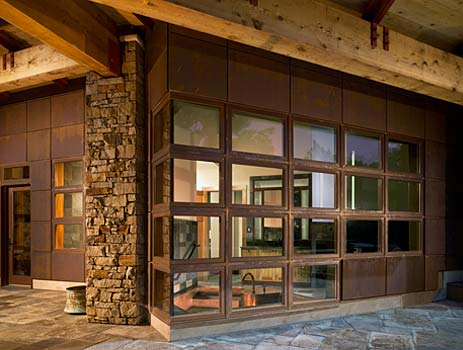 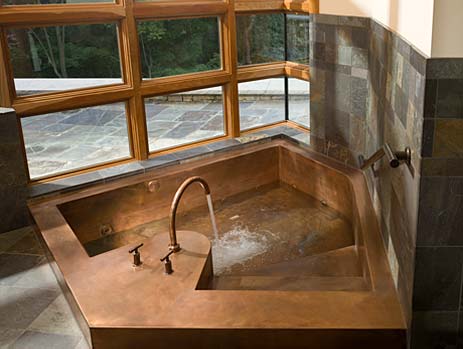 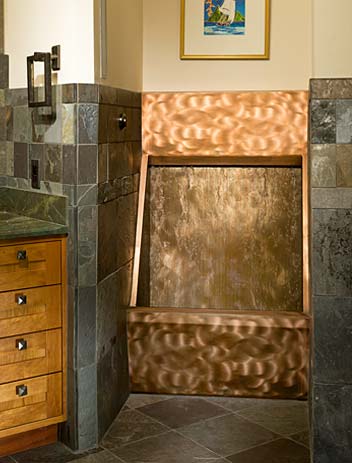 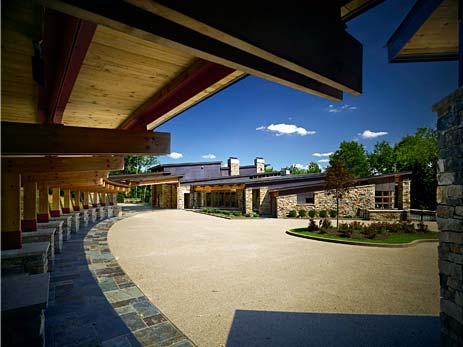 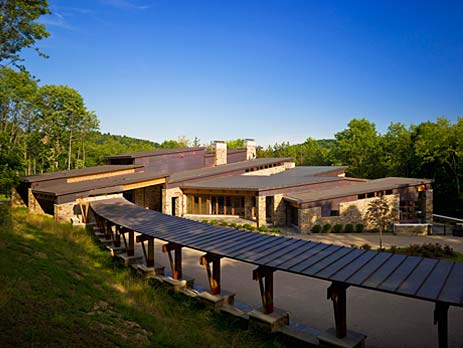