The Onondaga County Court House, designed by renowned architect Archimedes Russell, is a symmetrical four-story building modeled after Italian Renaissance prototypes. The Court House, which opened January 1, 1907, was unique for its incorporation of a built-in vacuum sweeping system, concealed wiring and telephone lines, and five hydraulic elevators. Situated in the heart of downtown Syracuse, New York, the building was listed on the National Register of Historic Places in 1980 as part of the Montgomery Street-Columbus Circle Historic District.

Roofing elements are varied and uncommon. They consist of copper-clad domes of diverse sizes, arched clay tile roofs and low-sloped bituminous membrane roofs. The copper work is the dominant, architecturally defining feature. The building's low-sloped membranes were reroofed in 1956 and again in 1980. To mark the Court House's Centennial, the Onondaga County legislature approved the restoration of the entire building envelope.

The roofing restoration project encompassed approximately 43,000 square feet, with one large central dome and four smaller satellite domes, each made of copper. These were all original to the building. Many of the building overhangs and smaller domed copper roof areas have flat copper surfaces; the original design was replicated. Each of the two side clay-tile domes has a large cruciform-shaped finial at its peak. Several missing vertical elements, noted in older documents, were added to restore the finials to their historic design intent.

The lead professional design firm, Klepper, Hahn & Hyatt of East Syracuse, New York, researched the existing construction, studying what was in place and why failures had occurred. They then established the performance requirements for the project, specifying the level of quality and detailing and working closely with the general contractor, Hueber-Breuer Construction Company, and the roofing contractor, Henderson-Johnson Company, both of Syracuse.

Henderson-Johnson retained the services of Canadian sheet metal contractor Heather & Little of Markham, Ontario. There followed a highly collaborative effort to replicate the features and improve the detailing and performance of the copper roof elements. The interests and expertise of the design team complemented the expertise and abilities of the fabricator to produce outstanding results. Every effort was made to match the existing forms and elements. In all, more than 35,000 pounds of 20-ounce copper were used. 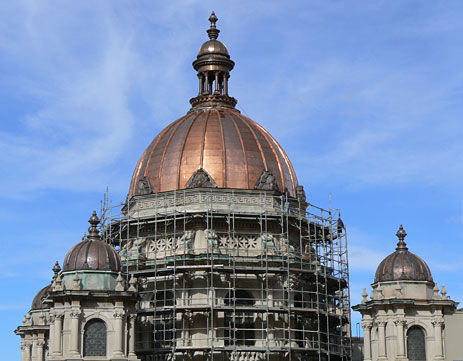 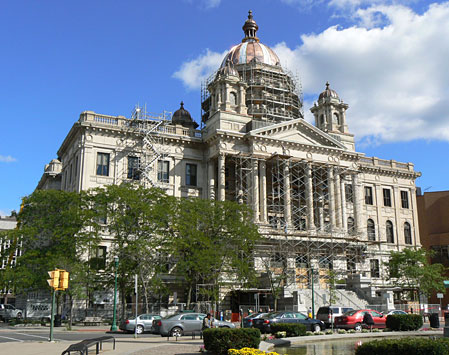 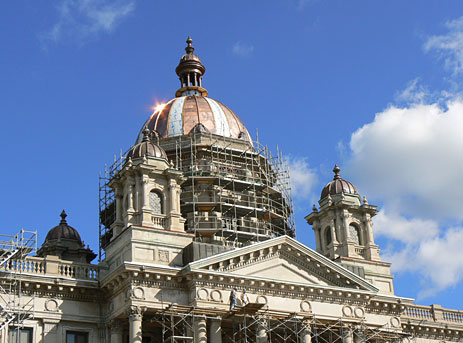 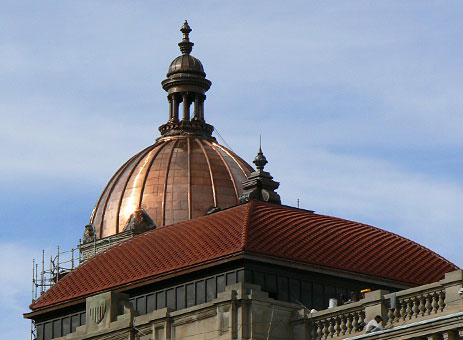 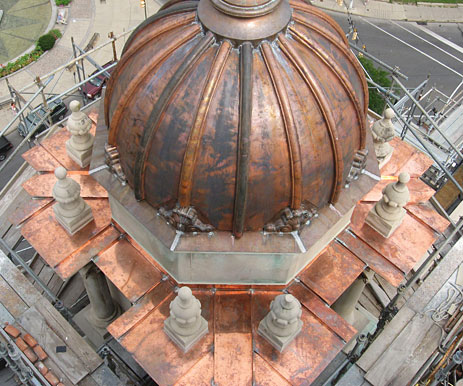 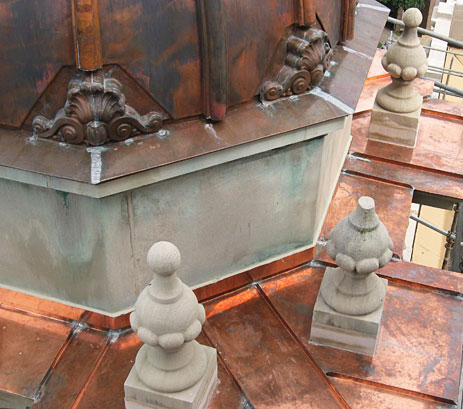 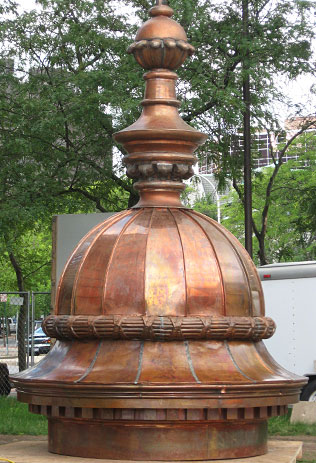 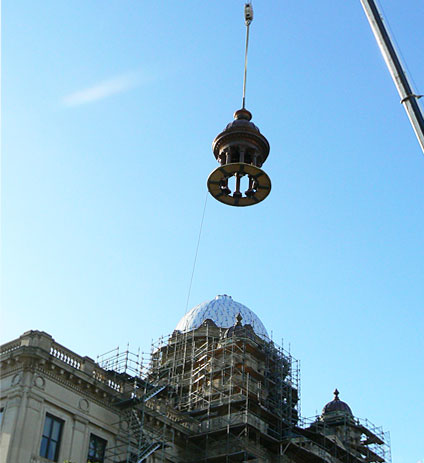 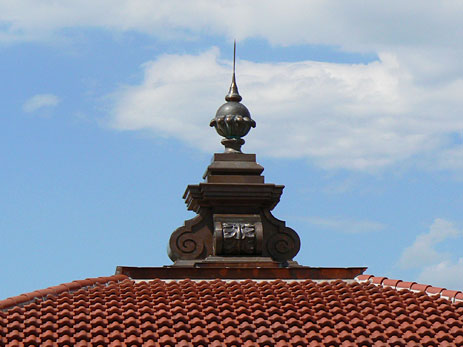 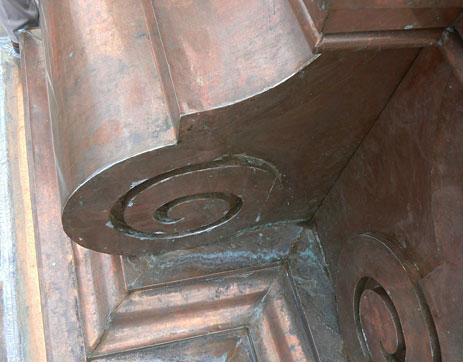