Located in downtown Montreal, St. Patrick's Church was opened on March 17th, 1847 to serve the needs of the Irish immigrants who had come to the city in great numbers due to the famine and other troubles. The church was built in the Gothic Revival style on a promontory overlooking the City of Montreal. Its spire could be seen by all. Over the years the city grew to the north, east and west, surrounding the church with modern-day Montreal.

St. Patrick's Church was raised to the status of Minor Basilica by His Holiness, Pope John-Paul II in 1989 because of its historical importance as the mother church of the English-speaking Catholics of greater Montreal. In view of its key role in the history of Montreal, the Basilica has been designated both an Historical Monument by the Government of Quebec and, in 1996, a National Historic Site of Canada

St. Patrick's recently underwent its fourth major restoration, at the cost of five-million dollars. The restoration was paid for by a Provincial Government subsidy and by contributions from corporations, foundations, and individuals. Part of this restoration included an extensive new copper batten-seam roof, fabricated from 16-oz. copper sheet, as well as an ornate new copper spire.

The restoration was guided by architect Fernando Pellicer, Werleman Guy McMahon Architects, an architect who has been involved with many copper restoration projects of this type. The installation was carried out by Couvreur Verdun Inc, a roofing company with extensive copper experience in Quebec.

The new copper roof will provide the basilica with many decades of trouble-free service and will eventually weather to a beautiful green colour typical of copper roofs specific to Montreal. 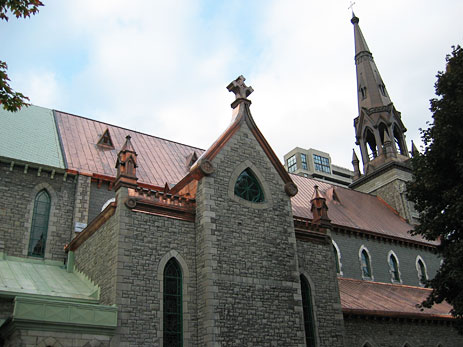 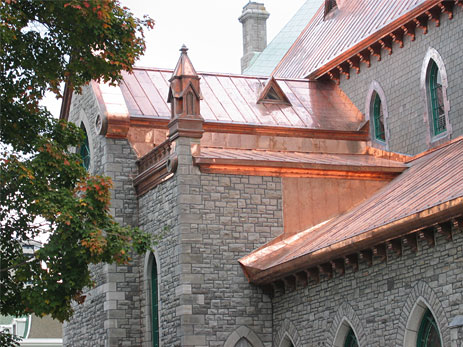 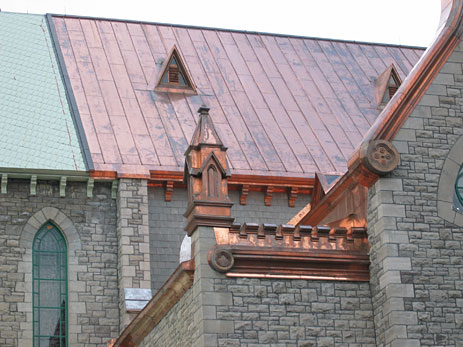 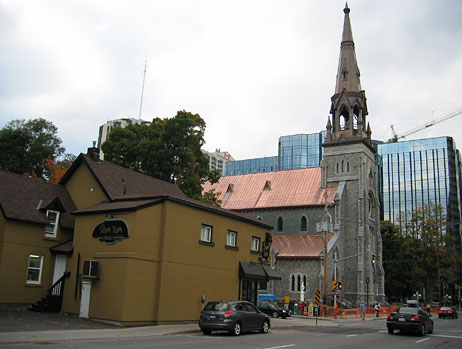 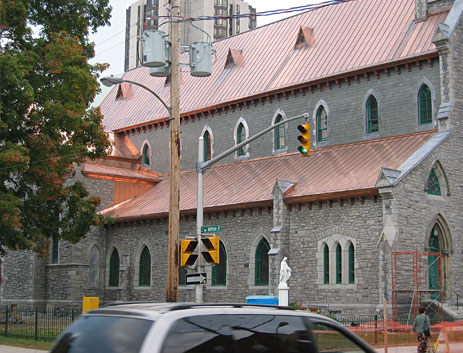