Restoration, reproduction and replacement of original copper decorative elements usher this hallmark of German inspiration into its second century of service.

Constructed in 1895, Milwaukee's City Hall, is classified as a late Victorian/German Renaissance Revival.

It is one of the largest city halls in the country with a Common Council Chamber that likewise eclipses in size that of larger cities.

Milwaukee City Hall is unique in its architecture. The product of a fierce design competition, City Hall was designed by the German-born "court architect" of Milwaukee, Henry Koch, to reflect the overwhelming influence of German culture on a city that became known as the "Deutsch-Athen" of America. The architect used as his model both German buildings, most notably the Hamburg Rathaus (city hall), and locally significant structures like the nearby Pabst Building (razed in 1980).

To preserve its historical architecture and preserve it for future generations, the city recently completed the restoration of this grand building which began in August 2005. Working with F.J.A. Christiansen Roofing Company of Milwaukee, Heather & Little performed the shop fabrication and reproduction of missing original decorative copper elements all in 24-oz. copper, solid riveted, and fully soldered. The decorative components alone consumed over 6-tons of copper. 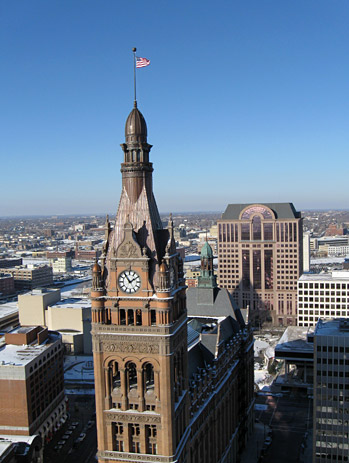 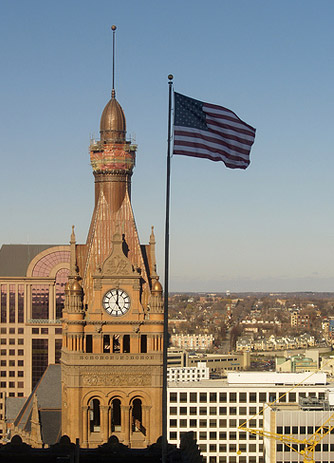 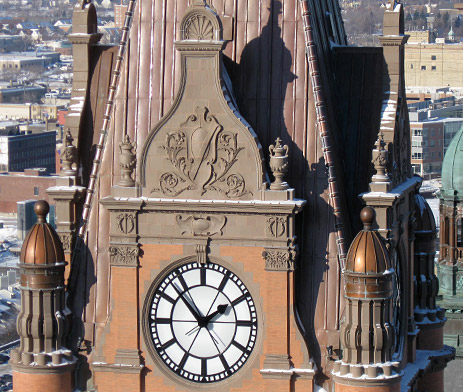 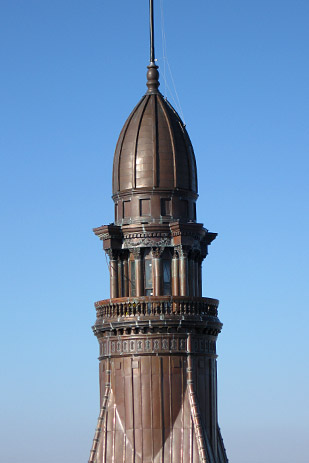 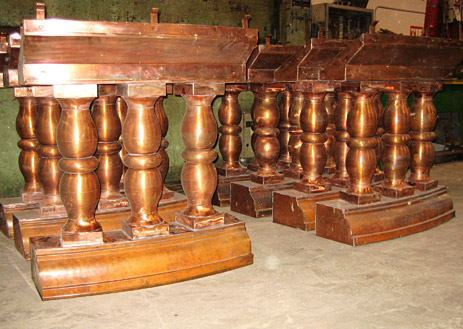