The cupola of the Theodore Roosevelt High School building in the Bronx, New York, was recently renovated using an attractive copper-cladding system. The private New York City school opened in 1919. The original copper cladding was mostly through-fastened with copper nails, which over time caused water damage to the wood sub base. As per the Architect's request, the new system had to be restored to meet its original design and provide better waterproofing. The 20-ounce copper standing-seam base, the round cornices and the overlapping ornamental pieces, along with the cupola, made this job very challenging. Standing seam panels were added to the base of the tower. The cornices and flat panels were pre-tinned, overlapped, pop riveted and soldered. The round section of the third level was Pittsburg locked where pieces of copper slid into grooves, were fastened and not soldered. The top dome was covered with standing-seam panels and at the flat surfaces, they were pre-tinned, double- locked, flat-seam soldered. 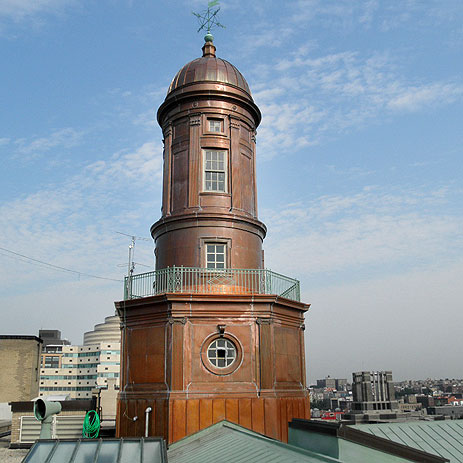 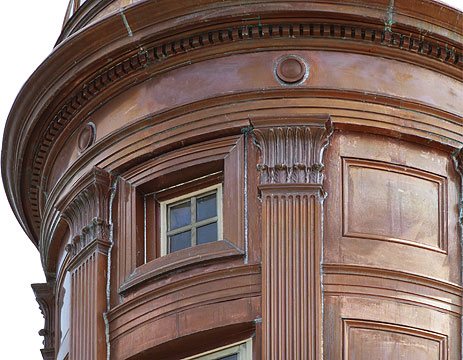 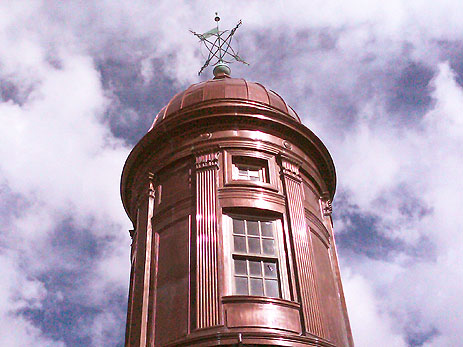