With its massive copper dome, Parkland Hall is the landmark building on the Old Parkland campus located in the heart of Dallas, Texas. Considered the most exclusive office park in Dallas, Old Parkland sits on 9.5-acres and comprises nine buildings with plans for expansion.  Named for the hospital that has occupied the property since 1894, Old Parkland began with the renovation of Old Main, the original hospital building, and the Nurses Quarters, both completed in 2008.  Parkland Hall’s signature feature is its domed copper rotunda designed in the Jeffersonian style to complement the campus’s original historical buildings.  Parkland Hall architects drew their inspiration from history, modeling Parkland Hall after the Rotunda at the University of Virginia, designed by Thomas Jefferson.  Like the Rotunda, Parkland Hall is crowned by a copper dome. Copper was chosen in this project due to its aesthetics, longevity and sustainability. Its central location on the Old Parkland campus highlights and complements its historical surroundings and provides a new signature landmark for the Dallas skyline.

The 96.5 foot dome consists of more than 3,000 inter-locking (rauten) copper tiles, in 32 rows of diminishing sizes from base to crown.  The largest copper tiles are 36.25” (h) x 32” (w), and the smallest are 44”(h) x 9/27”(w).  For low-pitch areas at the base and crown, and for the cupola that forms the base of the finial, CopperWorks fabricated and installed a double-lock standing seam wall system.  Flat-seam wall panels were installed at the base of the dome and finial. The more than 300 feet of inlaid radius gutter was fabricated in 8-feet lengths, with each length consisting of four sections seamed and soldered. The decorative elements – the eight rib rolls, each with a decorative base scroll, and the crowning 24-foot finial (with a base diameter of 12 feet) – were all fabricated by Ornametals.  The dome is intersected by eight rib rolls, each anchored by a decorative base scroll. The eight rib rolls were fabricated by Ornametals in 19 sections (27”(h) x 30”(w) x 39”(l)), each consisting of five elements with concave and convex detail.  Each of the eight base scrolls 66”(h) x 48”(w). 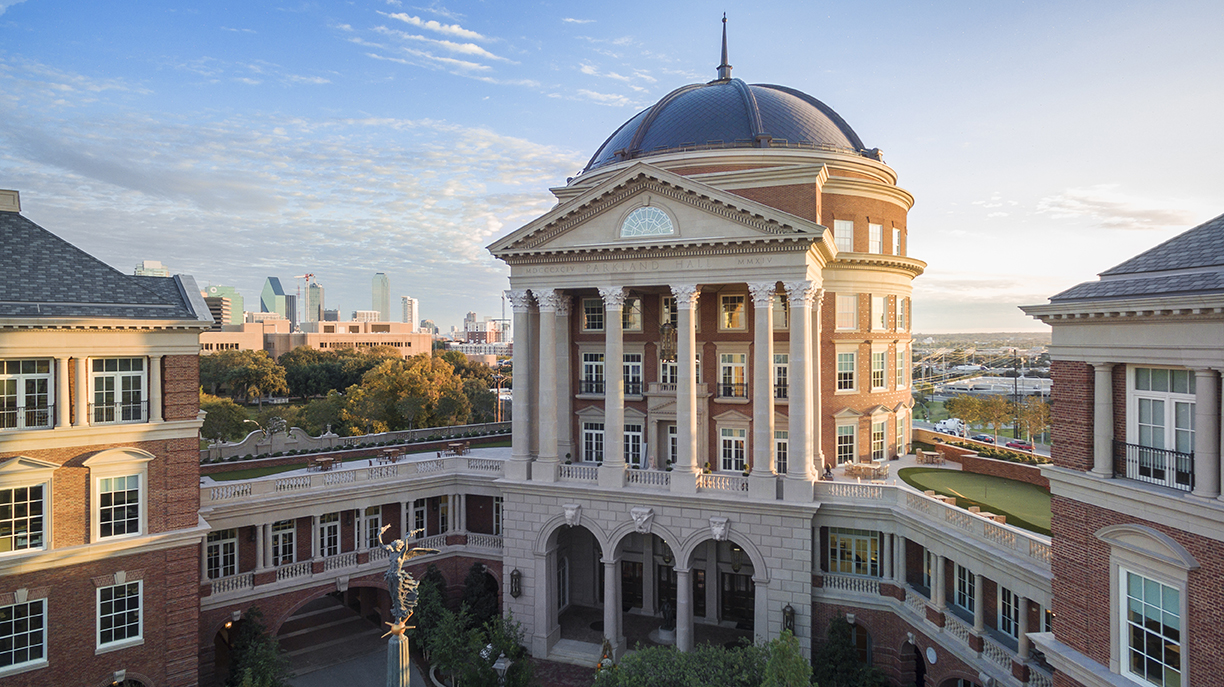