Just outside of Washington, D.C. is an “origami style” modern architectural home. A number of different materials were considered for the roof of this home, but copper was eventually chosen as the replacement material due to its durability, versatility in detailing and eventual appearance. 20-ounce copper formed into flat seam panels that were pre-tinned and fully soldered were used in the large valleys. In addition to the roof, all of the metal cladding was also replaced on the south east feature wall after the top of it was reconfigured to accommodate the new sloped valley. 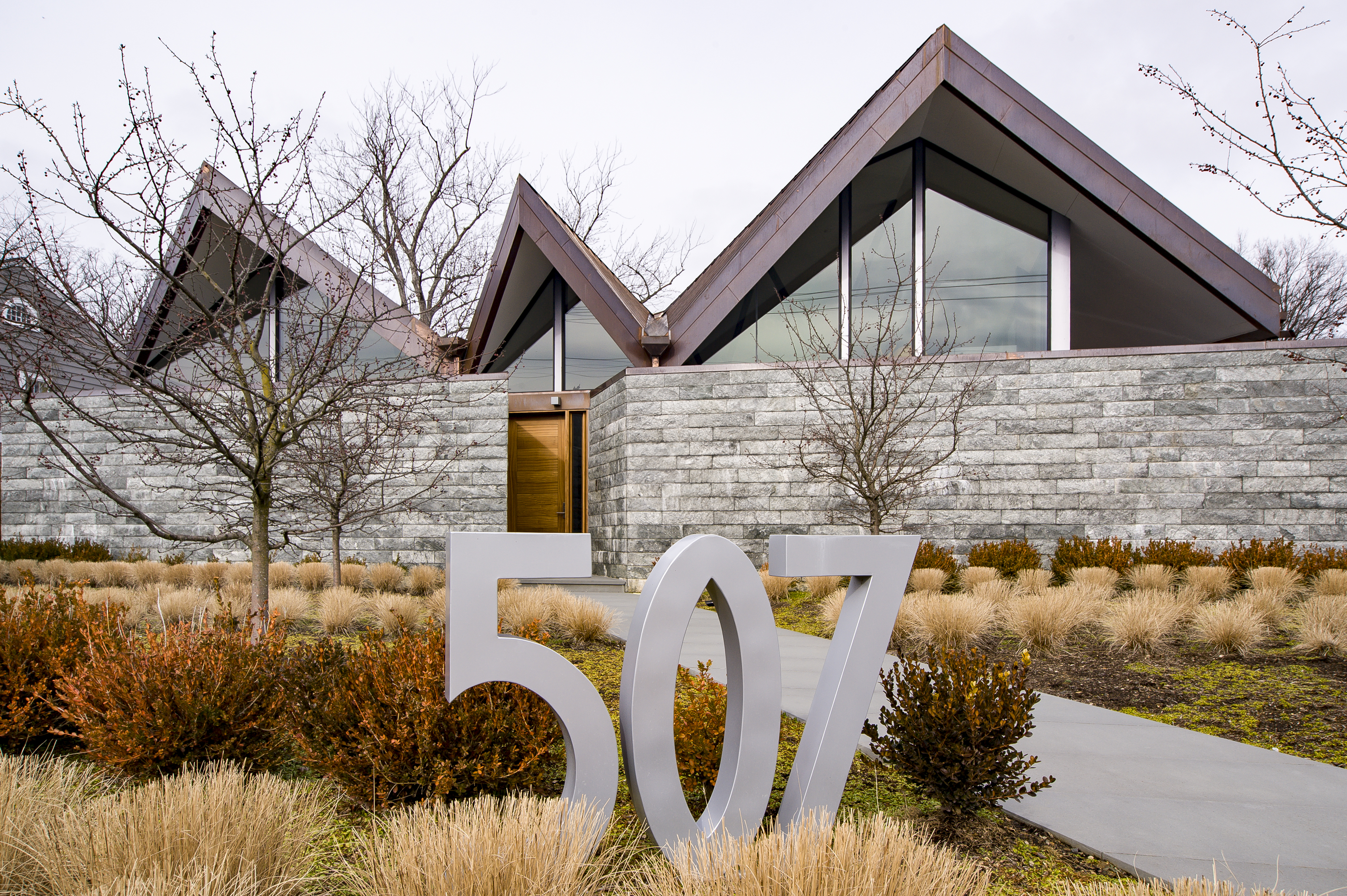 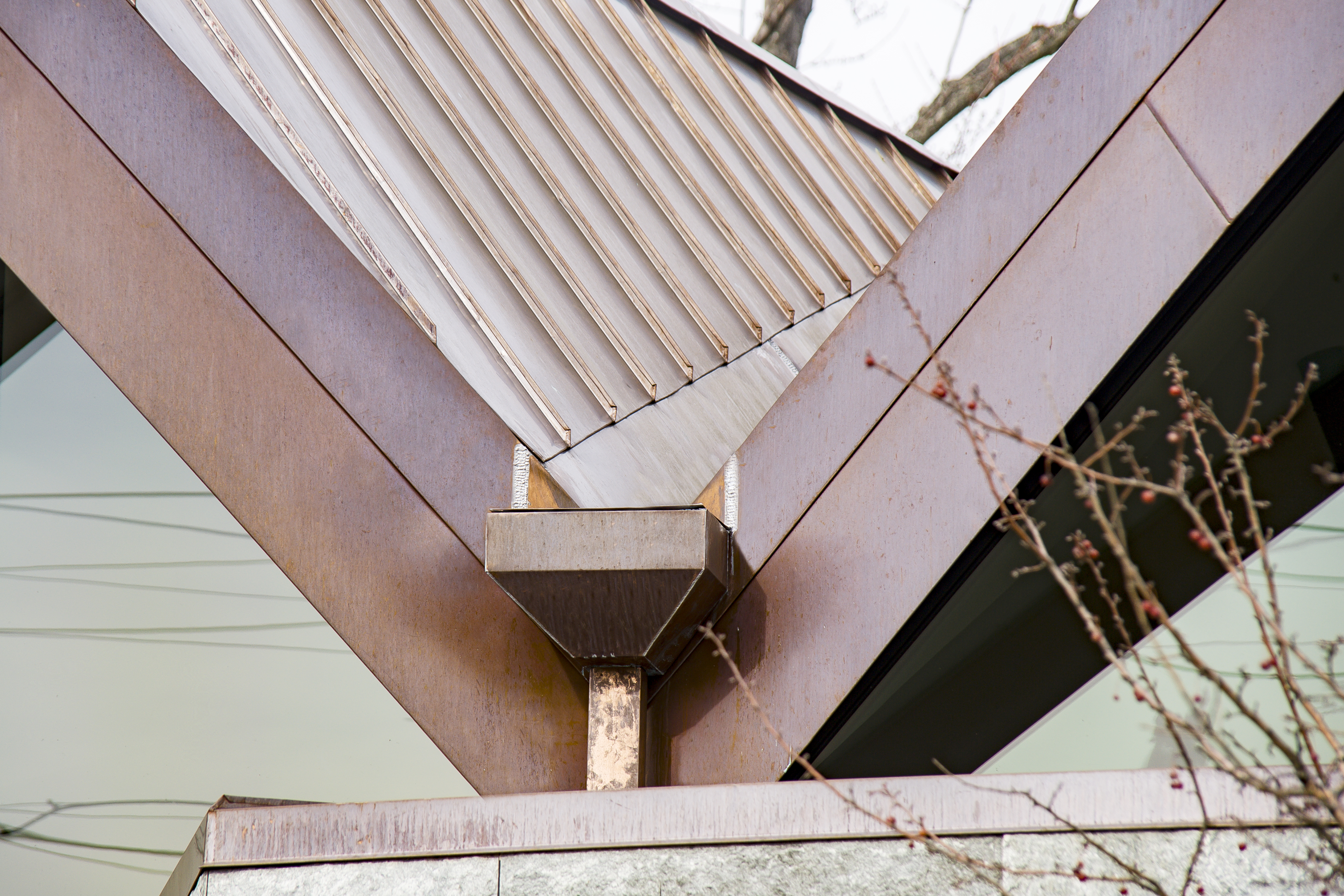 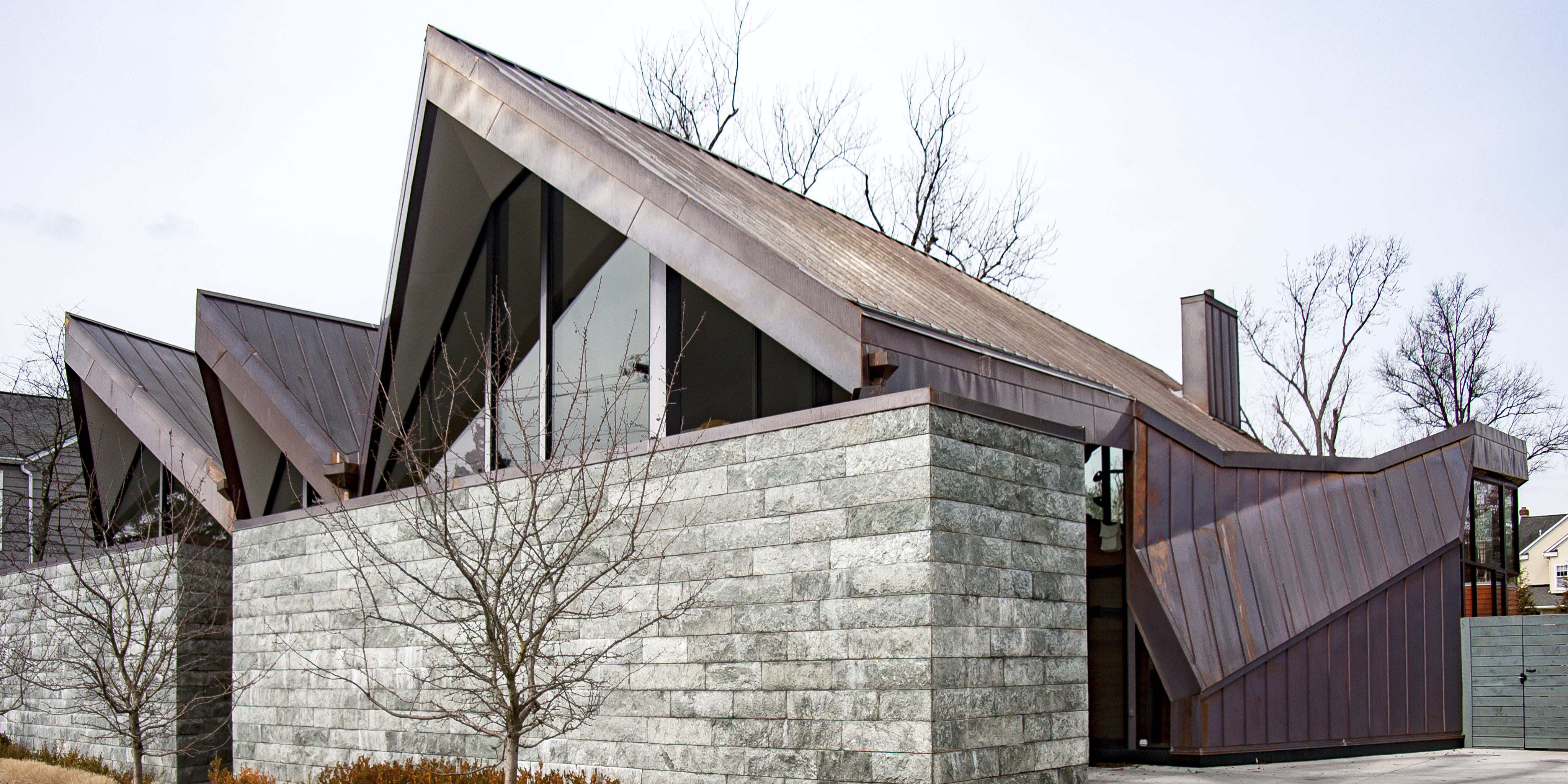 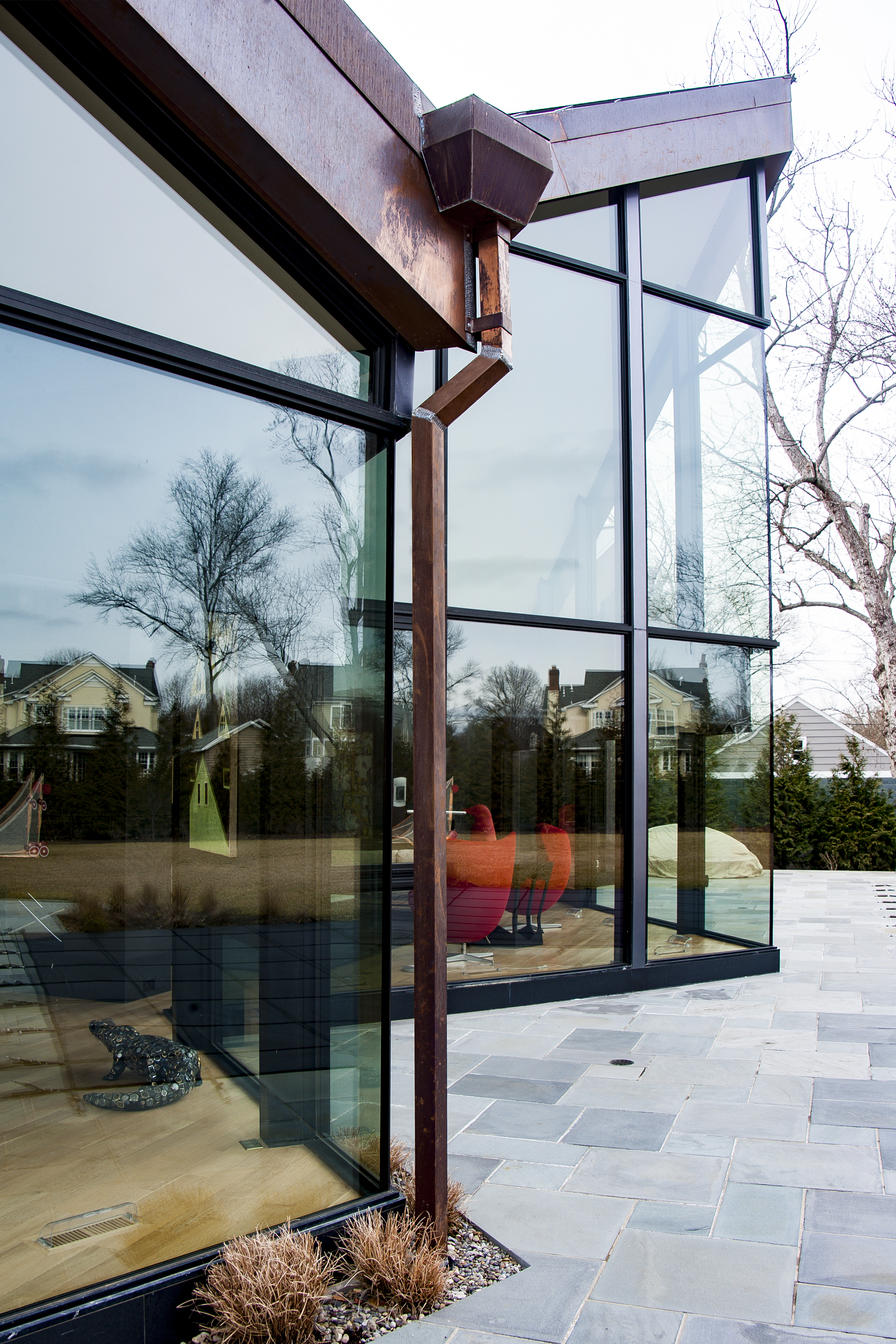 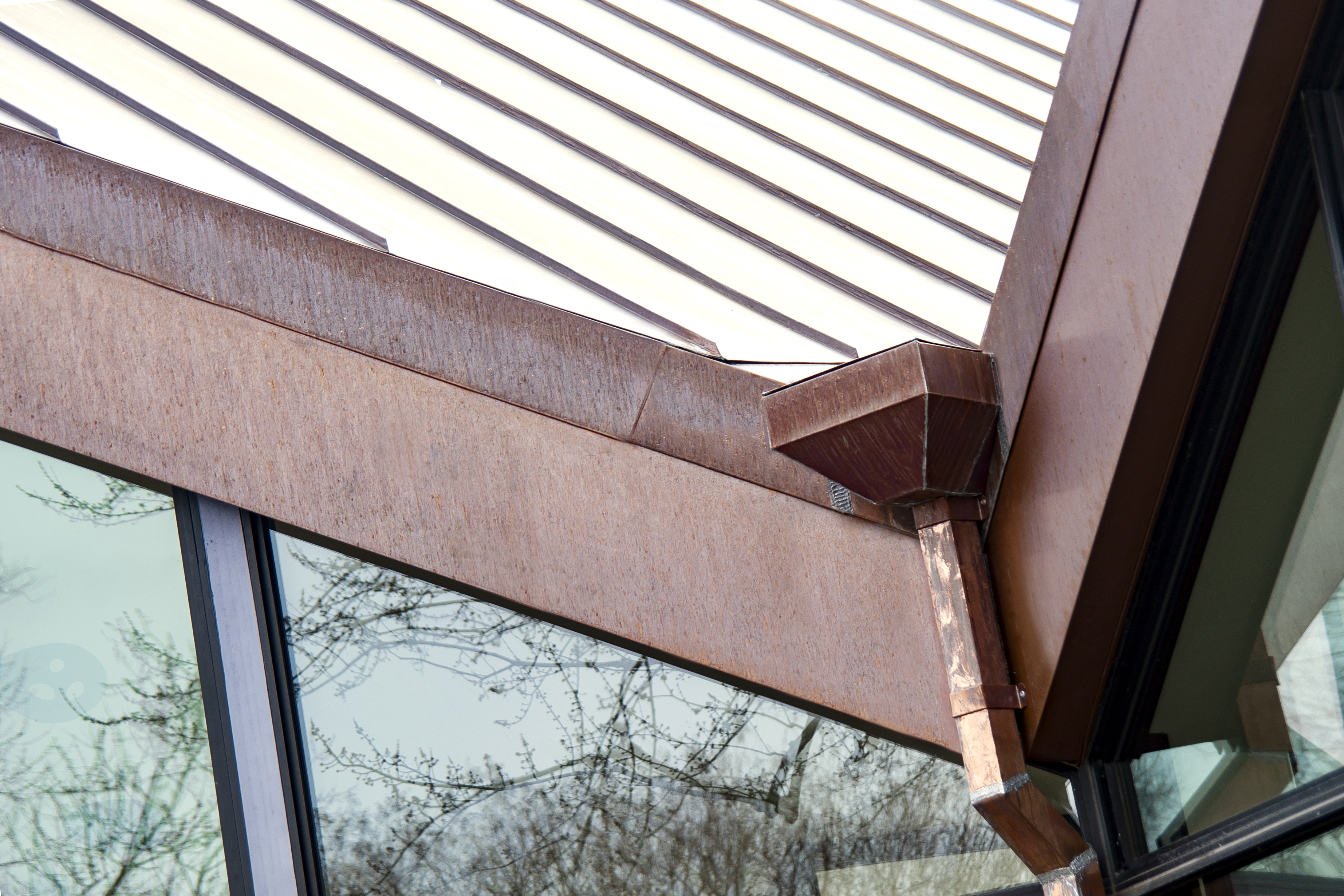 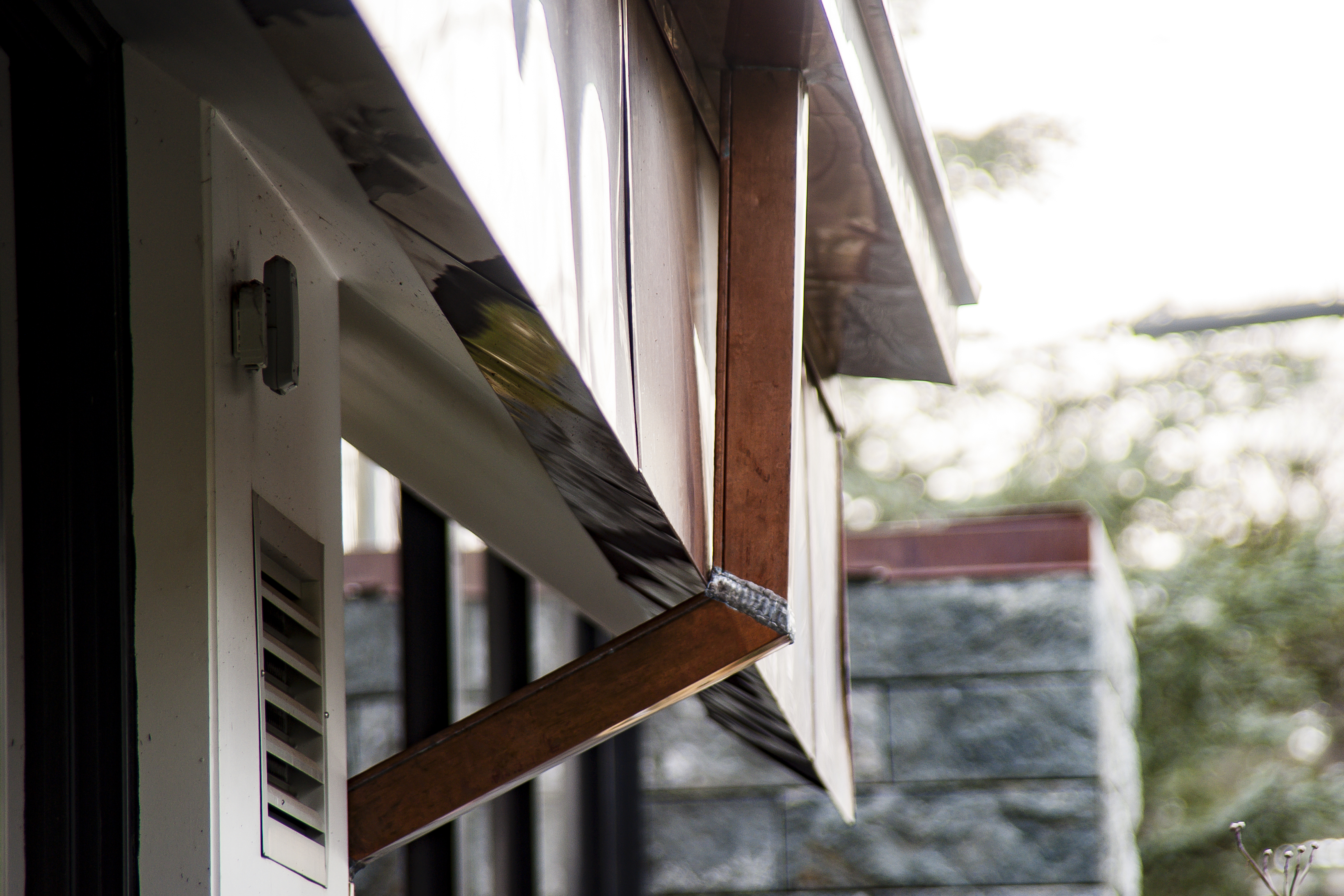 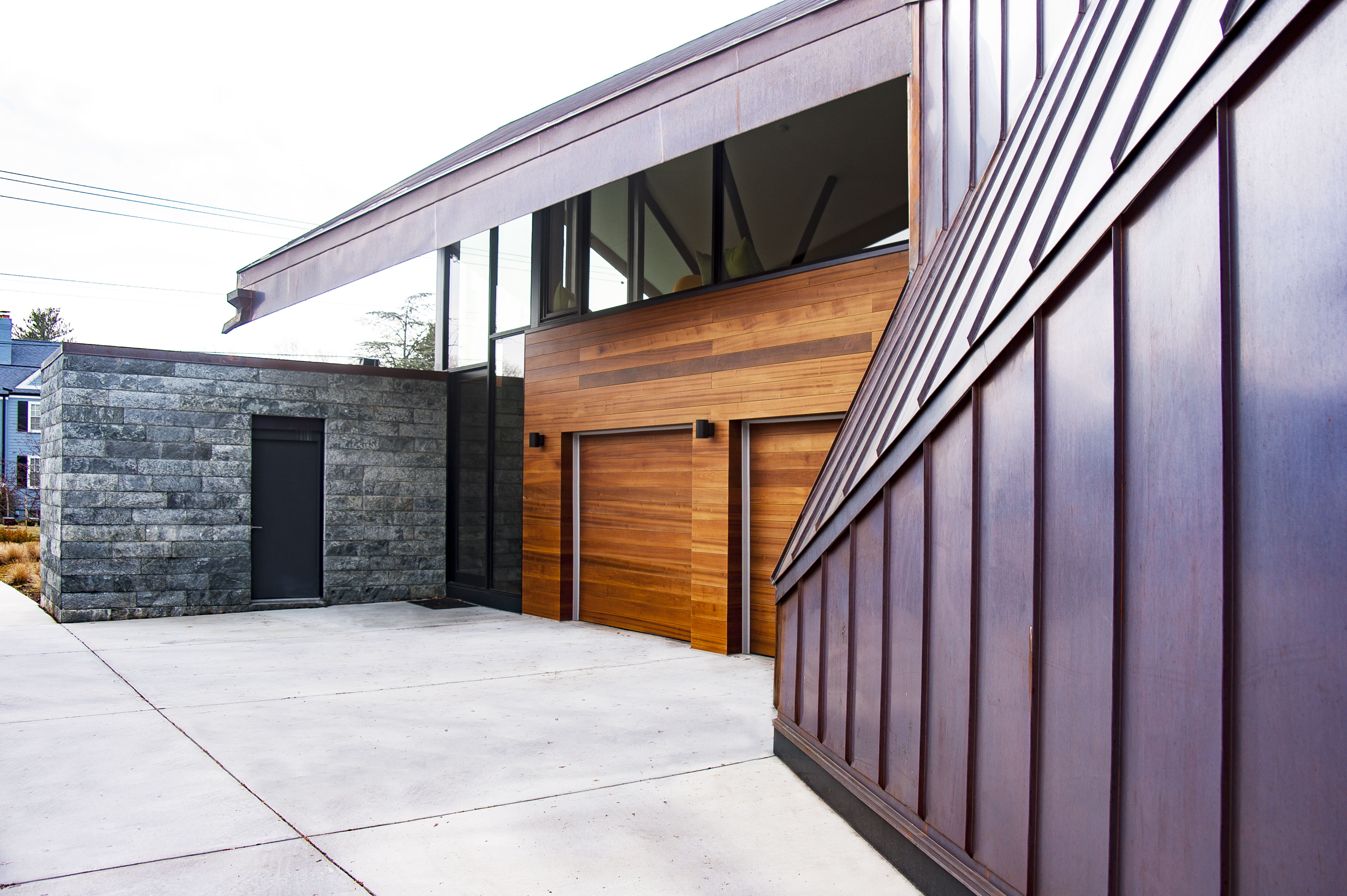 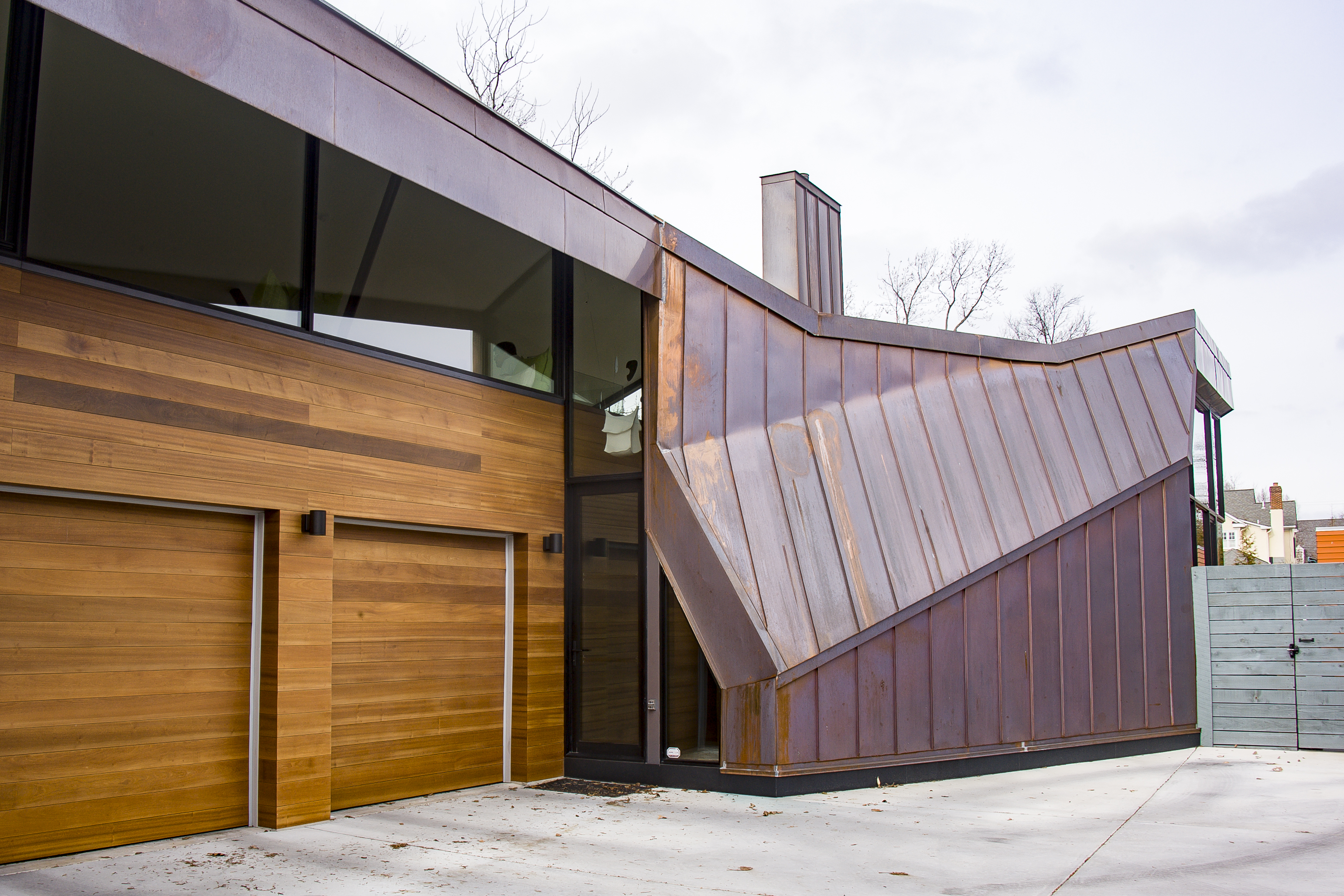