Built in 1904-07 as part of the once prominent Windsor Hotel, Le Windsor's history spans the past century as a stately feature bordering Dorchester Square. After the hotel’s decline, the building was restored and transformed into an office building in the mid-1980s, with elegant reception halls gracing the former hotel’s ground-floor ballrooms. Capping the nine-story building’s masonry façades is a curved mansard roof, spanning two floors. The mansard’s cladding had reached the end of its service life when the rehabilitation project was undertaken in 2013. Copper was selected as a building material in part to restore the sheet metalwork to its original material and due to its beauty and reliability. 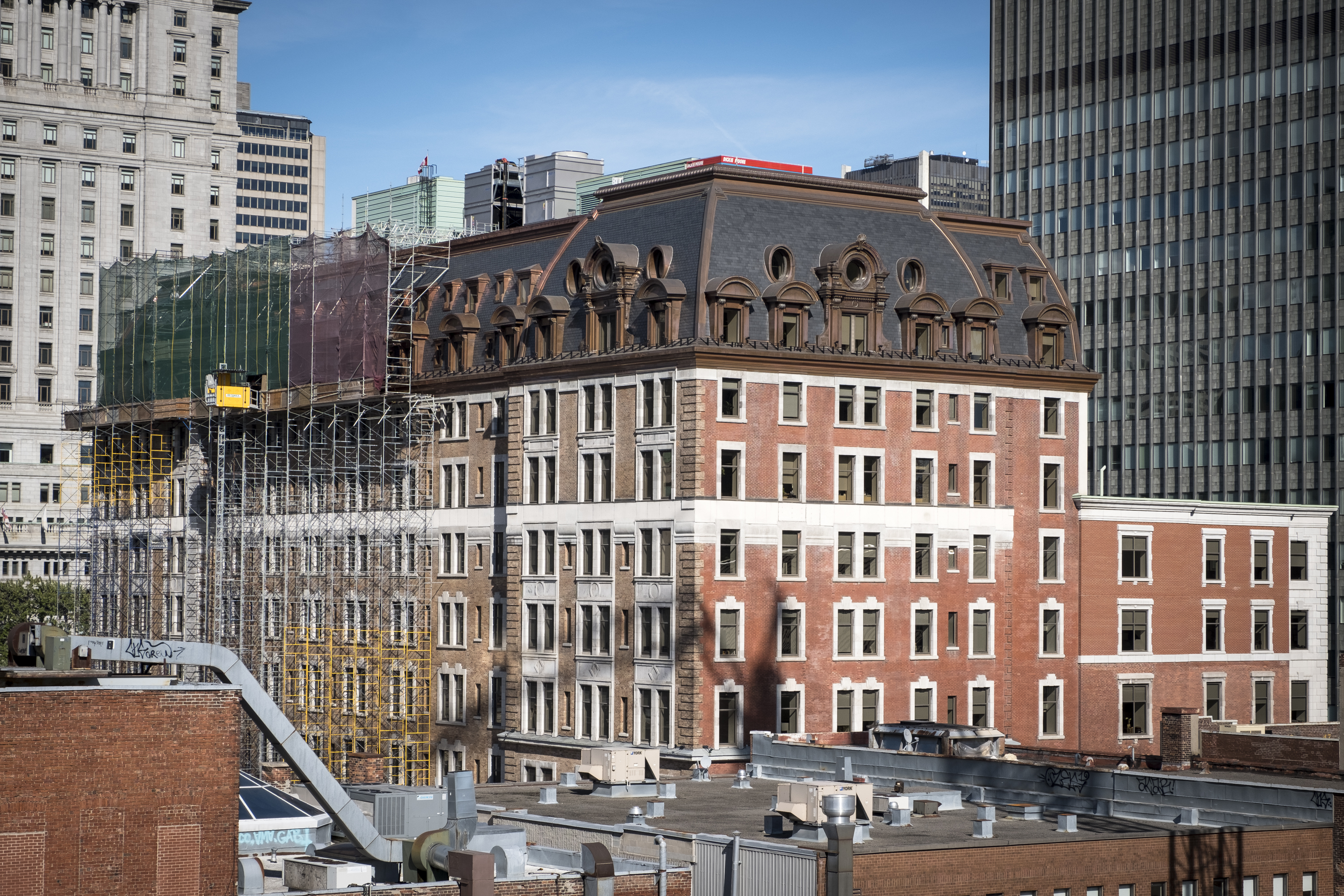 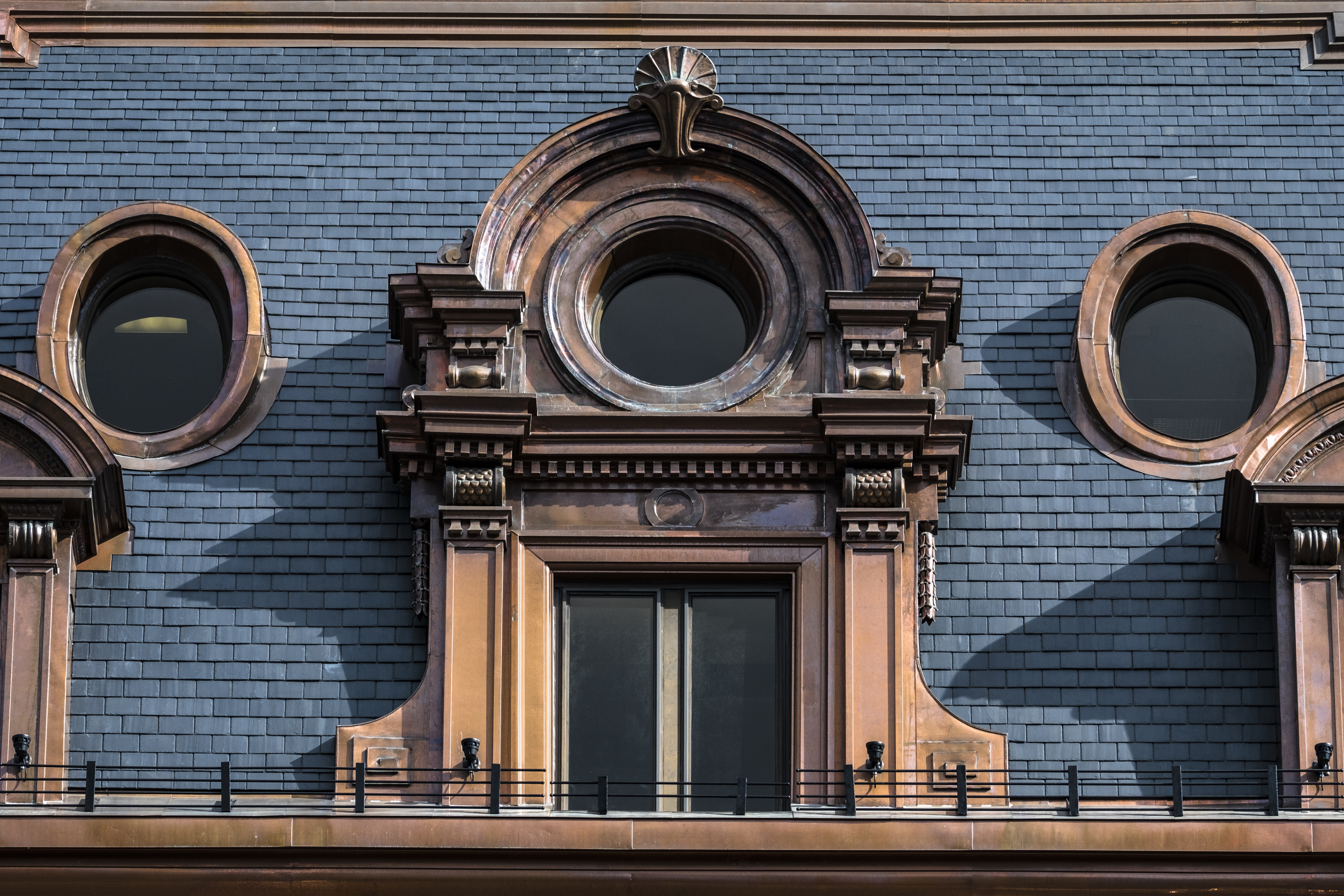 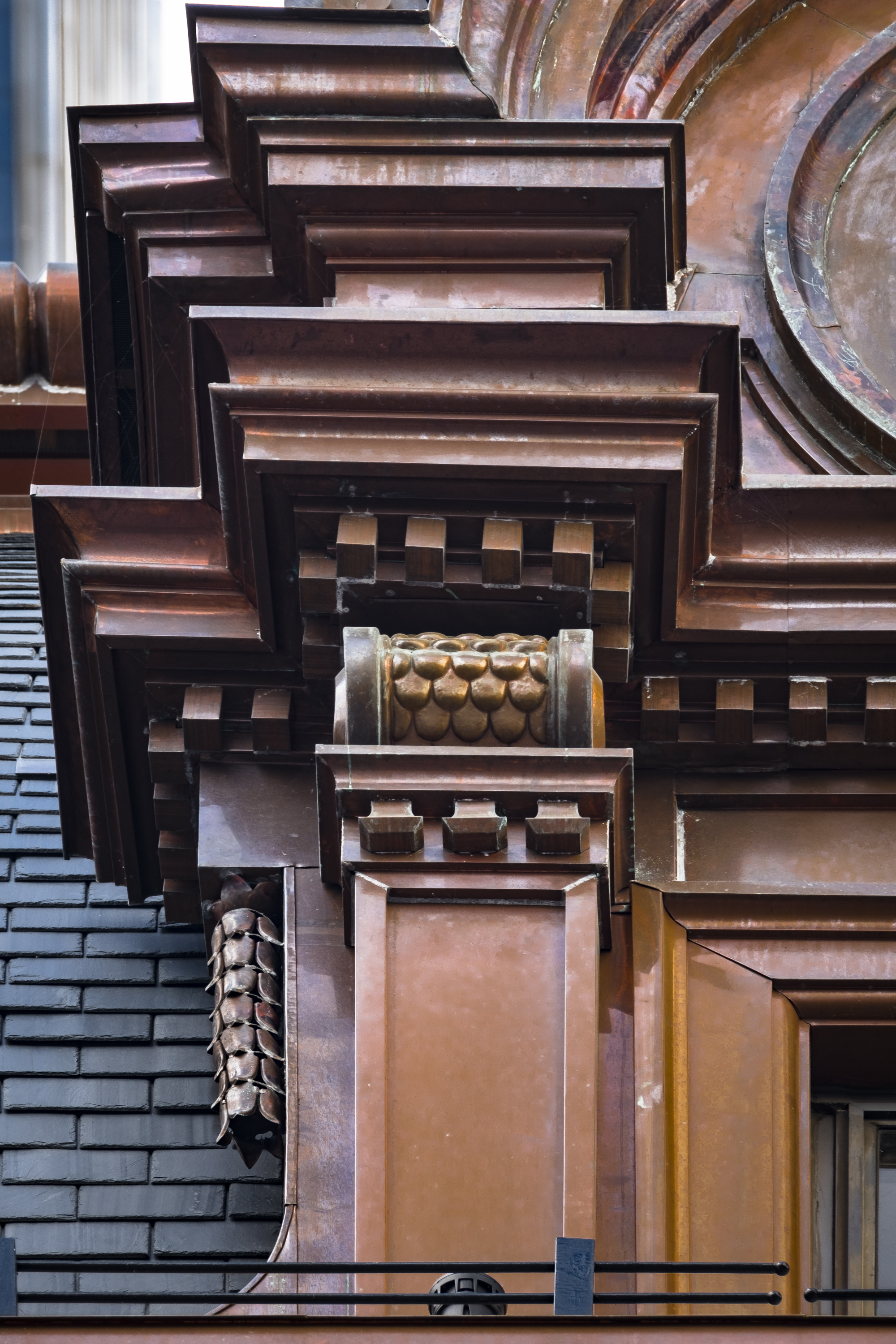 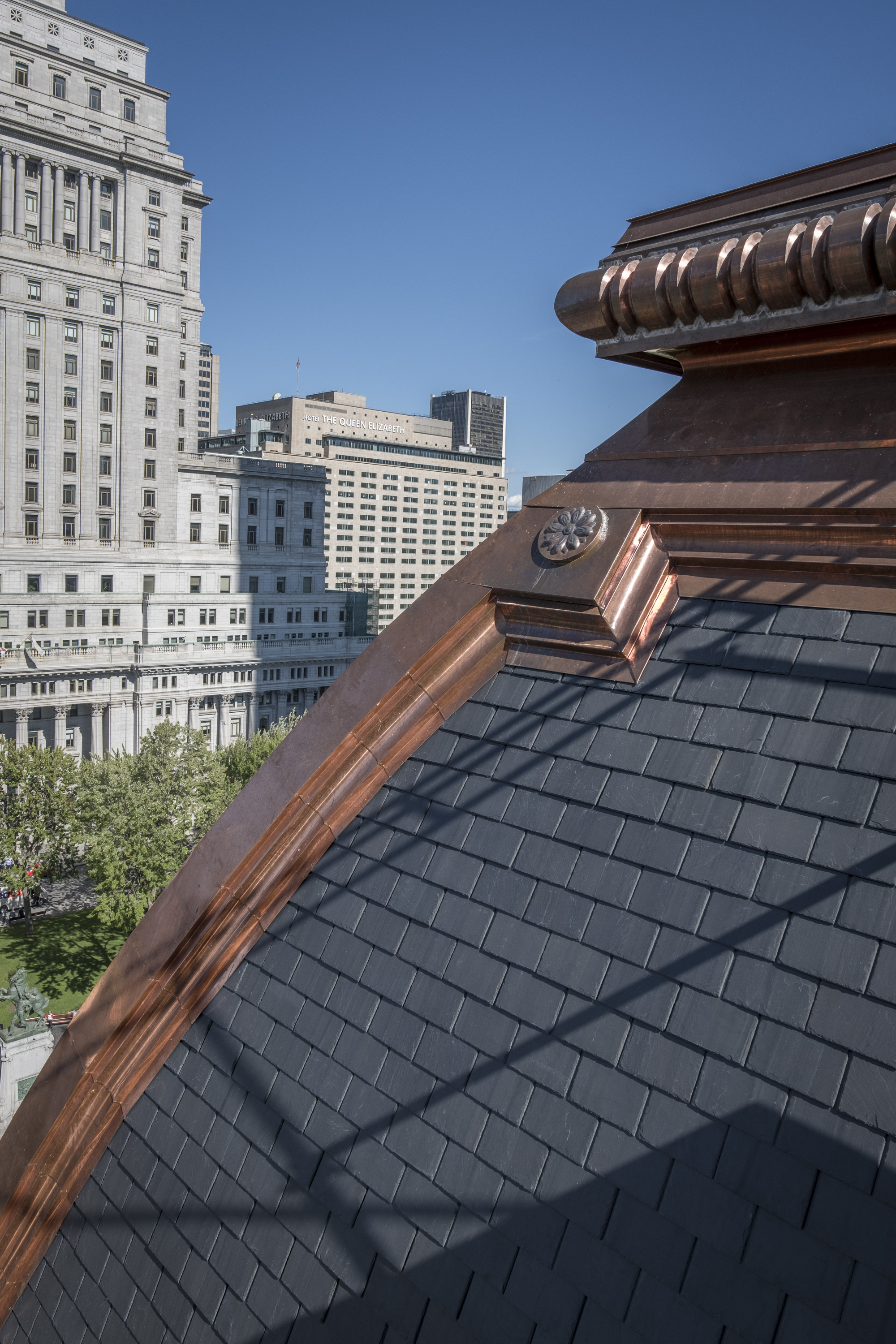 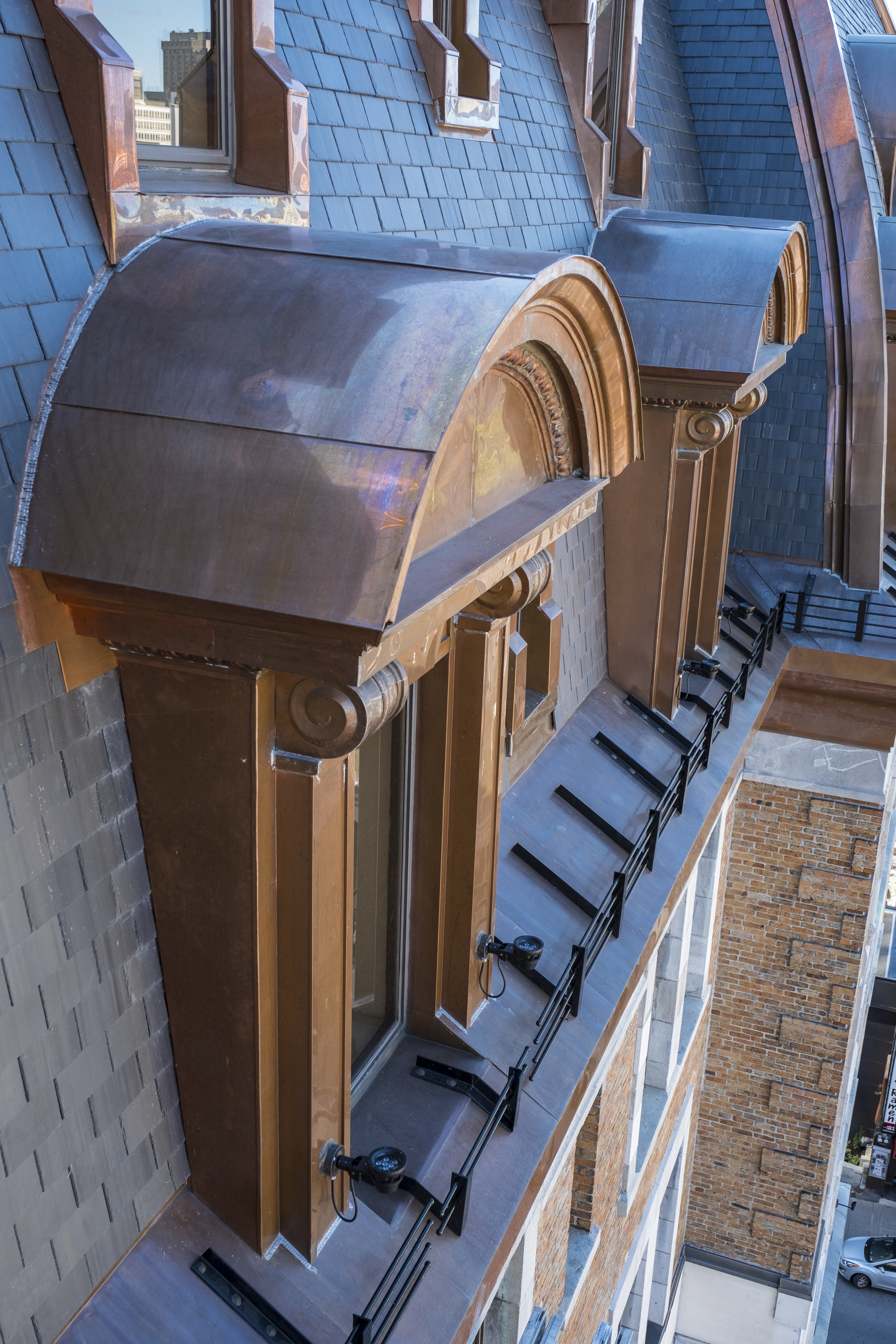 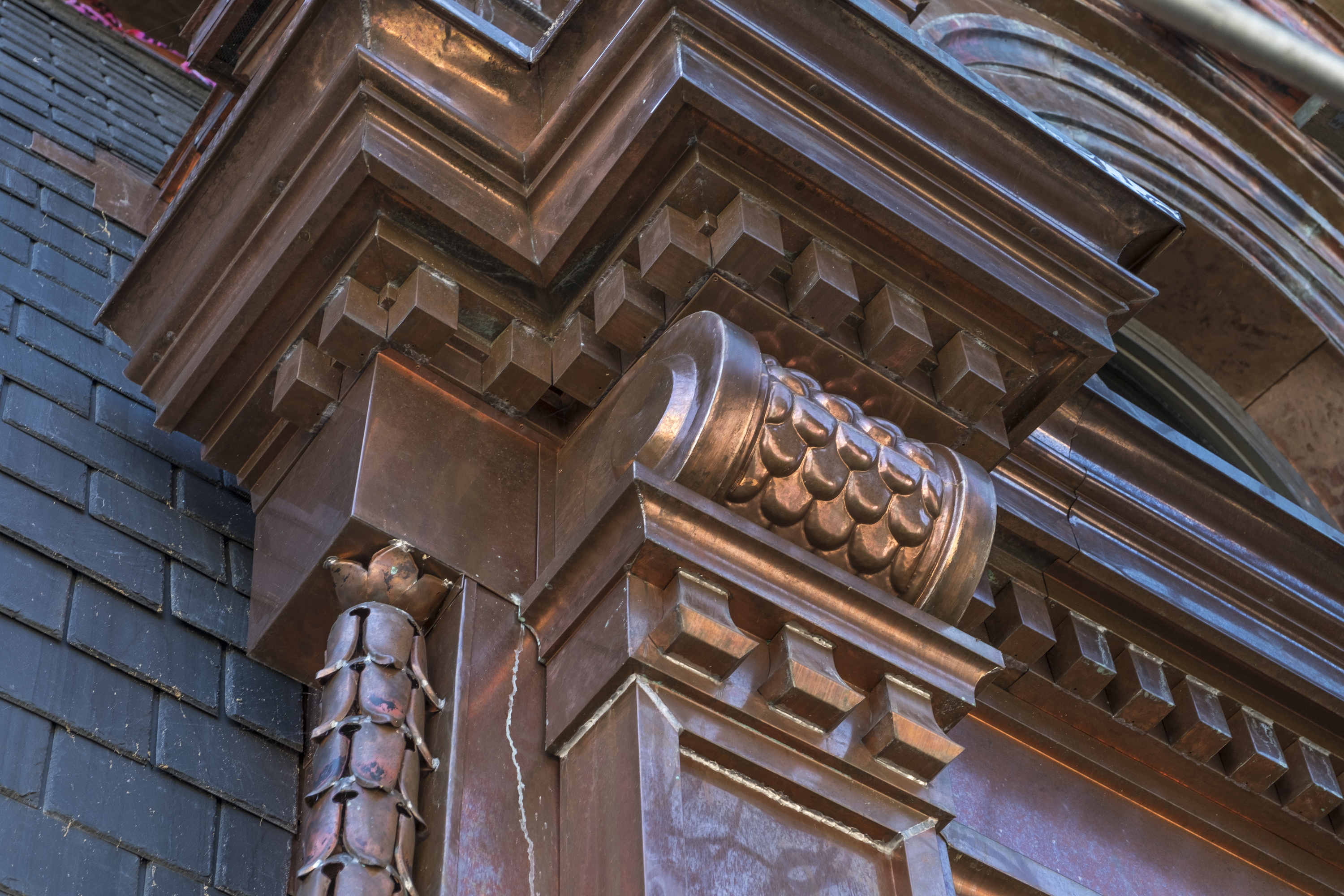 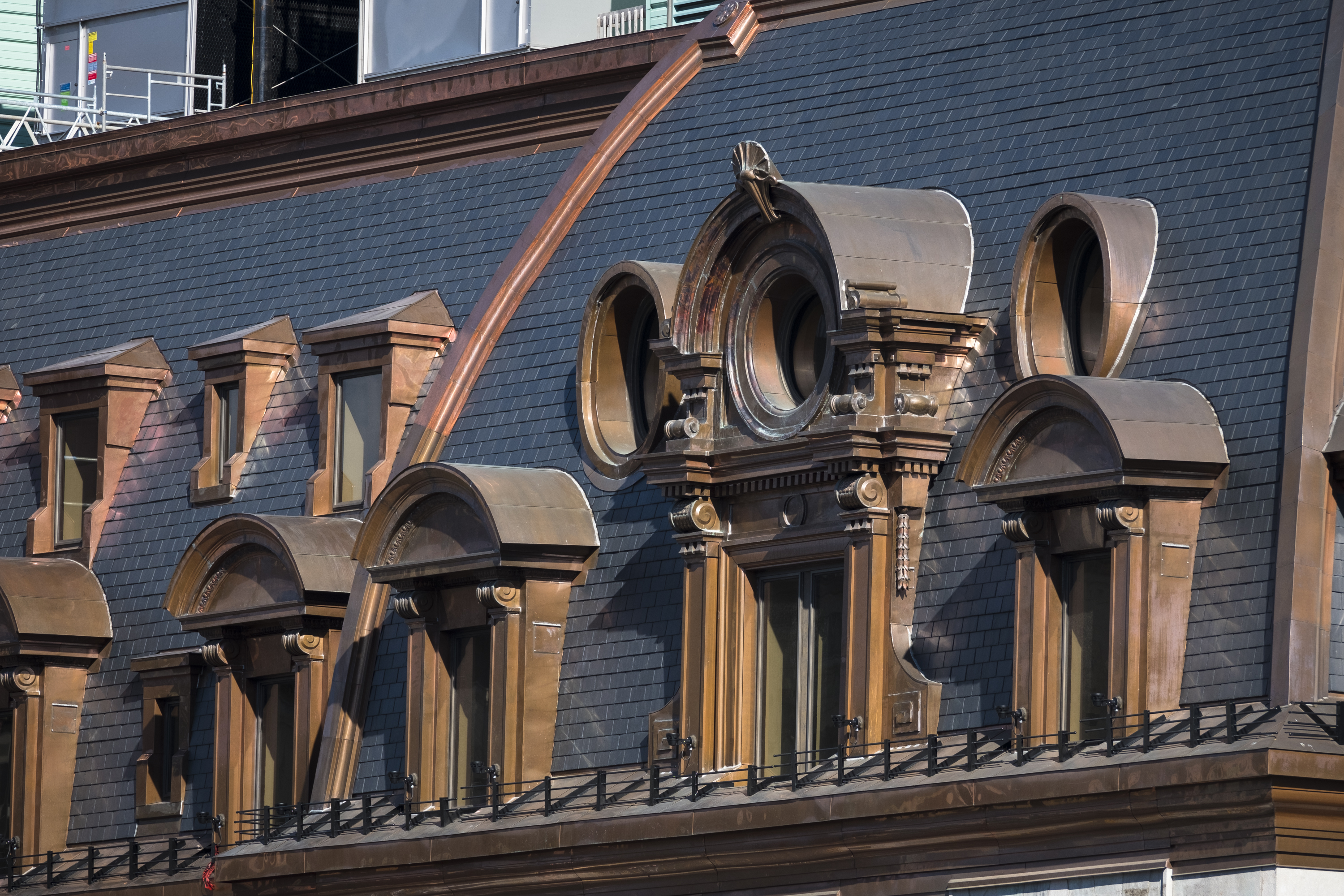