Revision of the design, execution and construction supervision


Revision of the design, execution and construction supervision

Copper has had a long tradition in the historic architecture of Montreal – la ville au cent clochers, or the City of 100 Steeples, due to its many cathedrals, basilicas, and public buildings.

For the Centre hospitalier de l’Université de Montréal (CHUM), copper, a noble material, was reinterpreted as a contemporary form to signal key elements within the curtain wall. The project’s central architectural element is a 365-seat auditorium named the "amphithéâtre Pierre-Péladeau," situated at the heart of the urban plaza in copper clad. The building envelope tells a story of layering and un-definition. It articulates itself at night when moments of translucency and perforation light up components of the interior.

This last phase of the CHUM hospital complex project follows those of the Research Center (2013) and the hospital (2017). Upon completion, the CHUM will be the largest university hospital complex in Quebec and one of the largest in Canada. The selection of systems, components and materials was made according to the building's sustainability objectives and those related to obtaining LEED® Silver accreditation. Particular attention was paid to the general architectural covering of the roofs and more particularly that of the Pierre-Péladeau amphitheater building, in particular by the use of decorative copper panels, reminiscent of the roofs of several emblematic institutional buildings in Montreal. 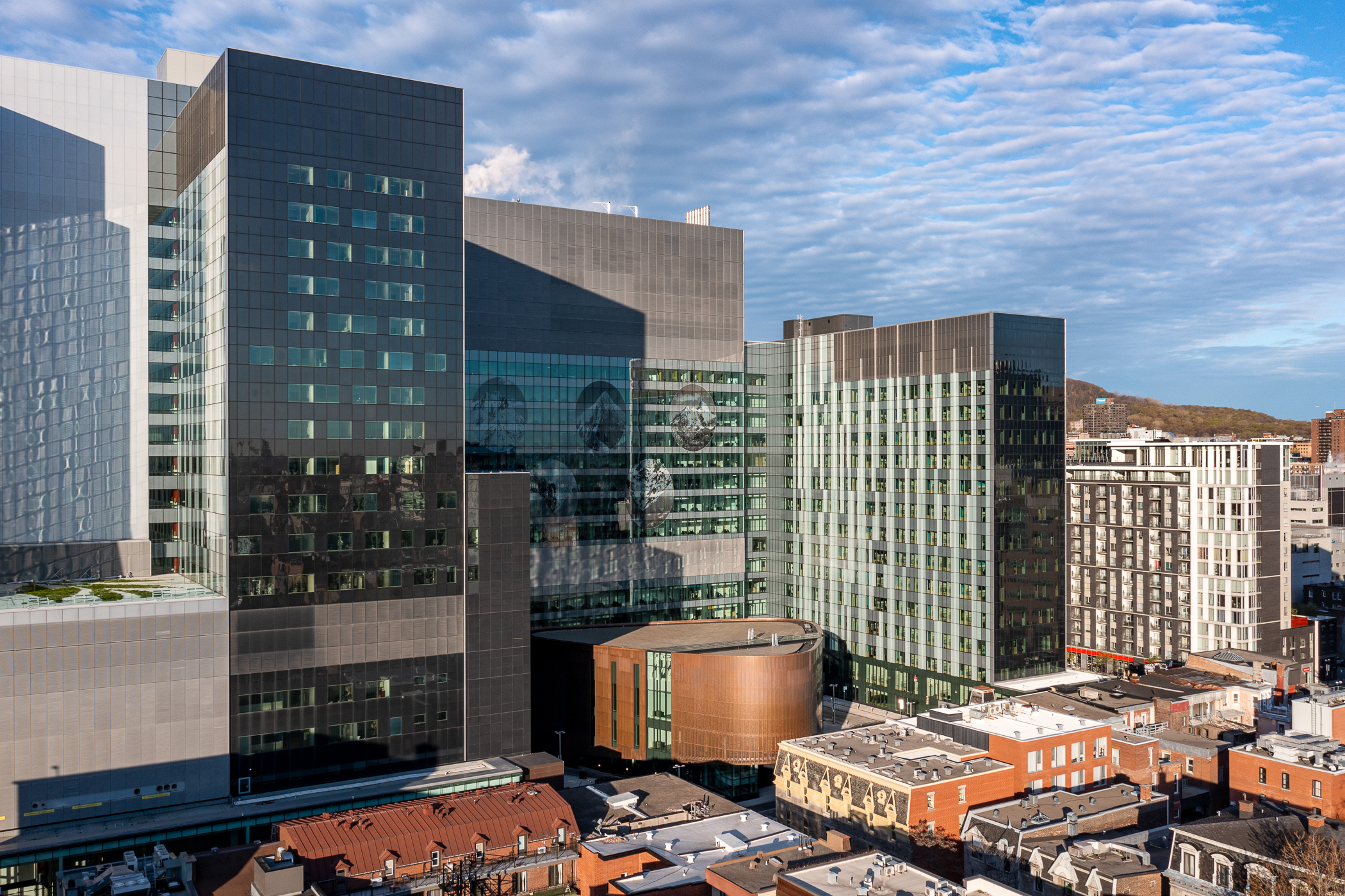 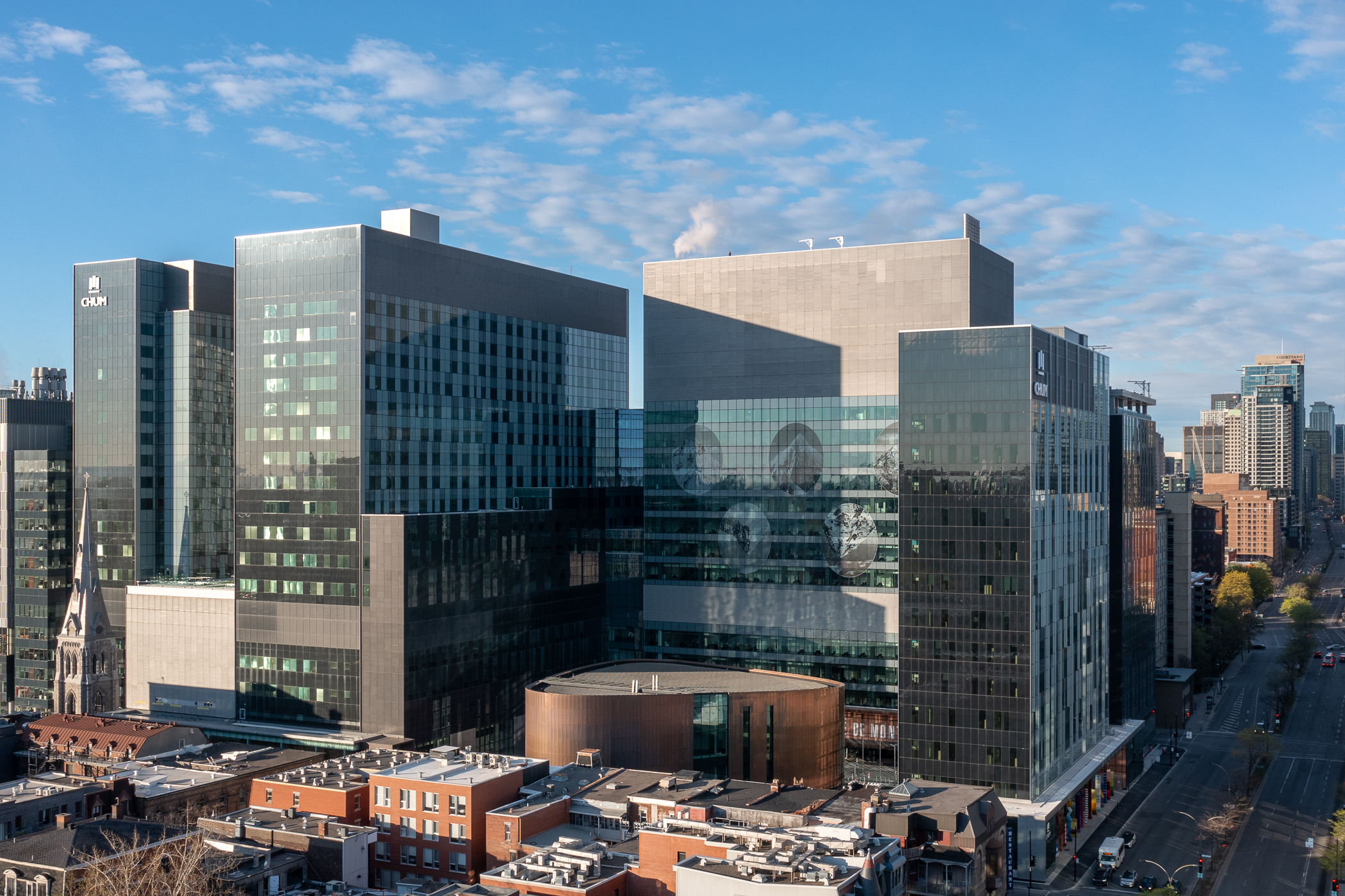 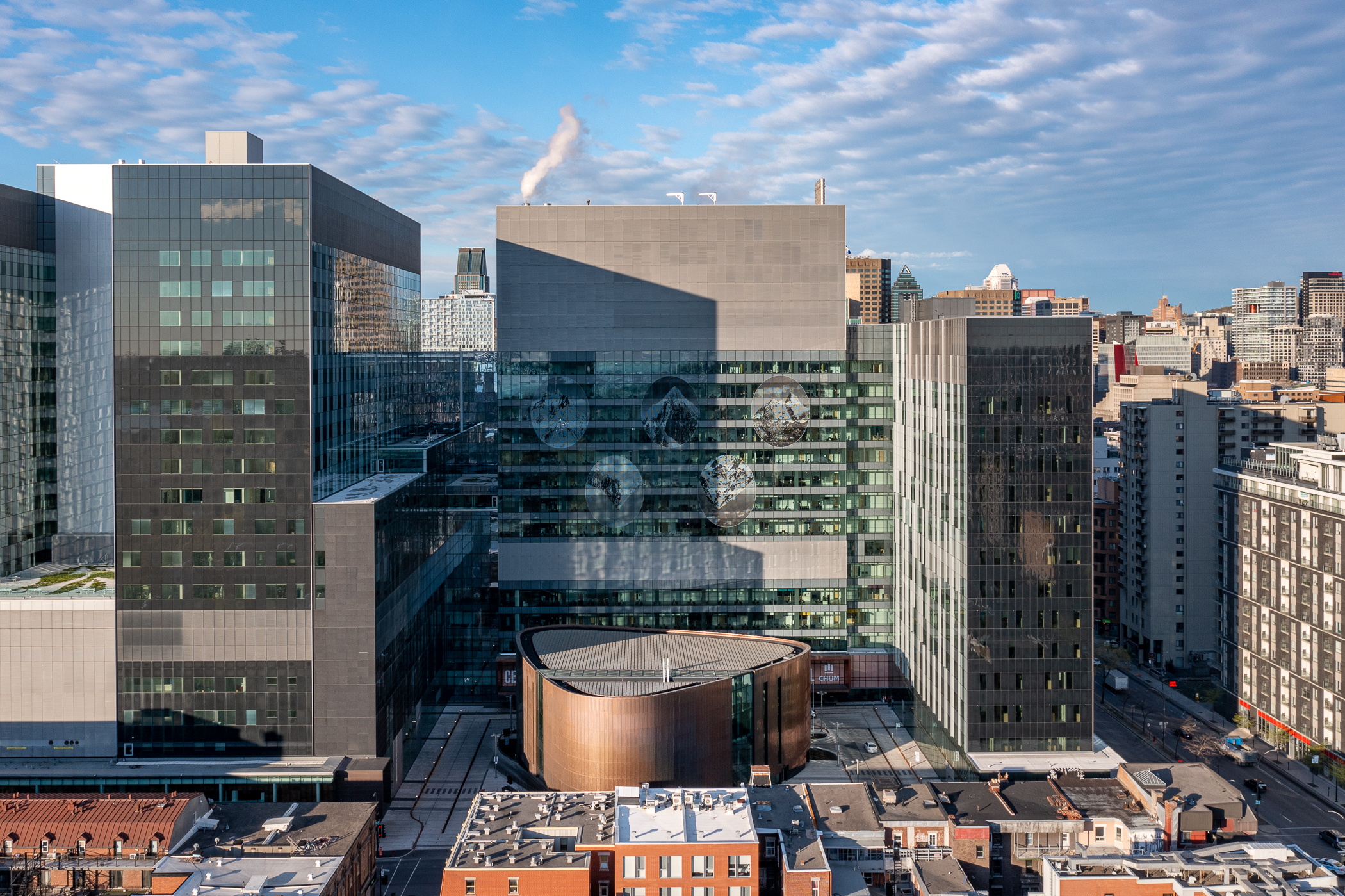